The What and Why of a Virtual Power Plant

Carlow town was the first in Ireland to be electrified in 1891.
Click the photos to go to the fascinating history.
Images reproduced with permission.

Photos from 1891 might not appear the obvious place to start explaining what is likely to become a key enabling technology of the 21st century, the Virtual Power Plant (VPP), but a quick look back at the transformation that started at the end of the 19th century with the invention of electricity generators and electric street lighting provides a useful perspective on what lies ahead.

Our lives were transformed when access to electricity became widespread. And it’s a little known fact that Ireland’s first town to introduce this wonderful new technology was Carlow. The history is well worth a read.

Fast forward to my home town in 1934 (see insert below), there were two independent electricity companies that generated electricity, mostly from oil, and sold it to local businesses. With the development of the Shannon Hydroelectric Scheme and the creation of the ESB, the ESB acquired the exclusive license to generate and supply electricity in Ireland, reflecting the very significant investment required to achieve urban and rural electrification. 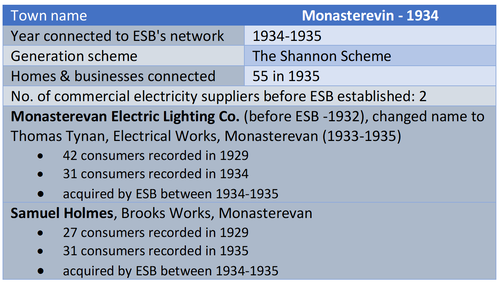 The European Union has worked hard to reform electricity markets, which has had the effect of increasing competition, a central tenet of EU policy. Increased competition and consumer choice is furthered in subsequent ‘Energy Packages’ to encourage the development of more renewable generation. These new regulations led to the breakup of what were vertically-integrated electricity monopolies responsible for all generation, distribution, transmission, and supply into their component parts. Notionally, that included the ESB, with the creation of 4 separate businesses with responsibility for these activities:

These new energy policies have allowed new generators (including renewables) and new suppliers to enter the market and offer homeowners choice and better prices.

Curiously, what we see emerging is a return to the decentralised market we saw when electricity was first introduced over a century ago, with far greater local generation.

The big difference is that then each electrical system operated independently with no interconnection, whereas now everything is connected to one ‘synchronous’ grid.

* normal for this kind of infrastructure.

The goal over the next decade or more is to eliminate the use of fossil fuels as an energy source, including to produce electricity (‘Thermal Generation’ in the map above). That will require generating all our electricity from renewable sources, mostly wind, but also solar, biomass, and the hydro we still have (most of it dates from the foundation of the State).

As our electrical system uses alternating current (AC), the frequency of the system is a critical measure of the balance of supply with demand – the ‘synchronous grid’ mentioned above. To operate the electrical system properly, supply must match demand, constantly, every moment of every day. In Europe, electrical grids operate at 50 hertz (Hz). Below is data from Eirgrid on the frequency of the grid over several hours on a given day. With a gas-fired power plant, we can dial up or down the output from the generator to follow demand. One of the biggest challenges of moving to an electrical system operating completely on renewables is we can’t control when the wind blows or the sun shines.

Today there is approximately 8,000MW of conventional generation (fossil fuels) and 4,000MW of renewables, mostly wind, providing our electricity. The renewables figure is forecast to nearly double by 2030 under the ambitious ‘Coordinated Action’ scenario prepared by Eirgrid. However, for Ireland to equitably contribute to the Paris Agreement, all electricity generation will need to be CO2 neutral by 2040 (source). That’s a big ask. And we need to do more sooner to avoid having to make much tougher and more expensive decisions later.

Eirgrid describes the ‘Coordinated Action’ scenario as one in which:

We’re moving from a world dominated by a few large centralised electricity generators fueled by polluting fossil fuels (like the soon to be decommissioned Moneypoint), to one where most homes are ‘Prosumers’ producing in a lot of cases over two thirds of their current consumption. And then the homes can be connected and their excess capacity aggregated using sophisticated IT and communications systems to create a Virtual Power Plant.

By connecting homes with solar PV and batteries together into a Virtual Power Plant, we can aggregate and sell excess power at a premium, and we can provide balancing services to the grid operator, Eirgrid, to keep the system stable as the penetration of renewables moves closer to 100%. Other benefits of having a battery is charging it at night when electricity is usually half the day-time price. And that’s all while benefiting from the consumption of their own carbon-emission-free self-generated electricity.

Time to get a wiggle on! Why not find out now how much you could save when you turn on your new solar system at home:

Get a FREE Quote 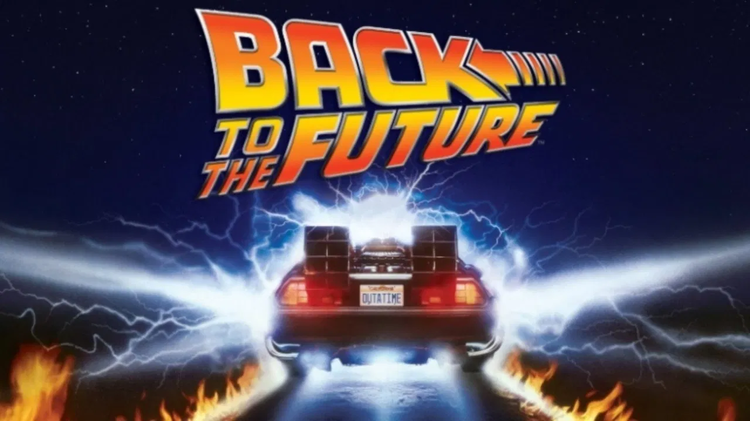